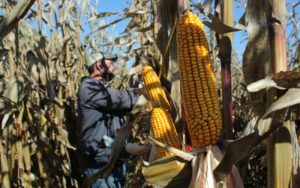 ”There were 5 million acres of organic fields and pastures in the U.S. in 2016, according to the U.S. Department of Agriculture, a 37 percent increase over the last five years. It’s still a small percentage of farmland overall, but several states have seen a jump the amount of land devoted to organic crops: soybeans in Iowa, corn in Minnesota and wheat in Colorado and Texas. ‘Those type of numbers perk the interest of farmers. Money talks,’…Demand from organic dairy and poultry farms is supporting the hefty premium prices for organic corn and soybeans that are used in animal feed…Production of those crops jumped 30 percent in the U.S. from 2015 to 2016.”